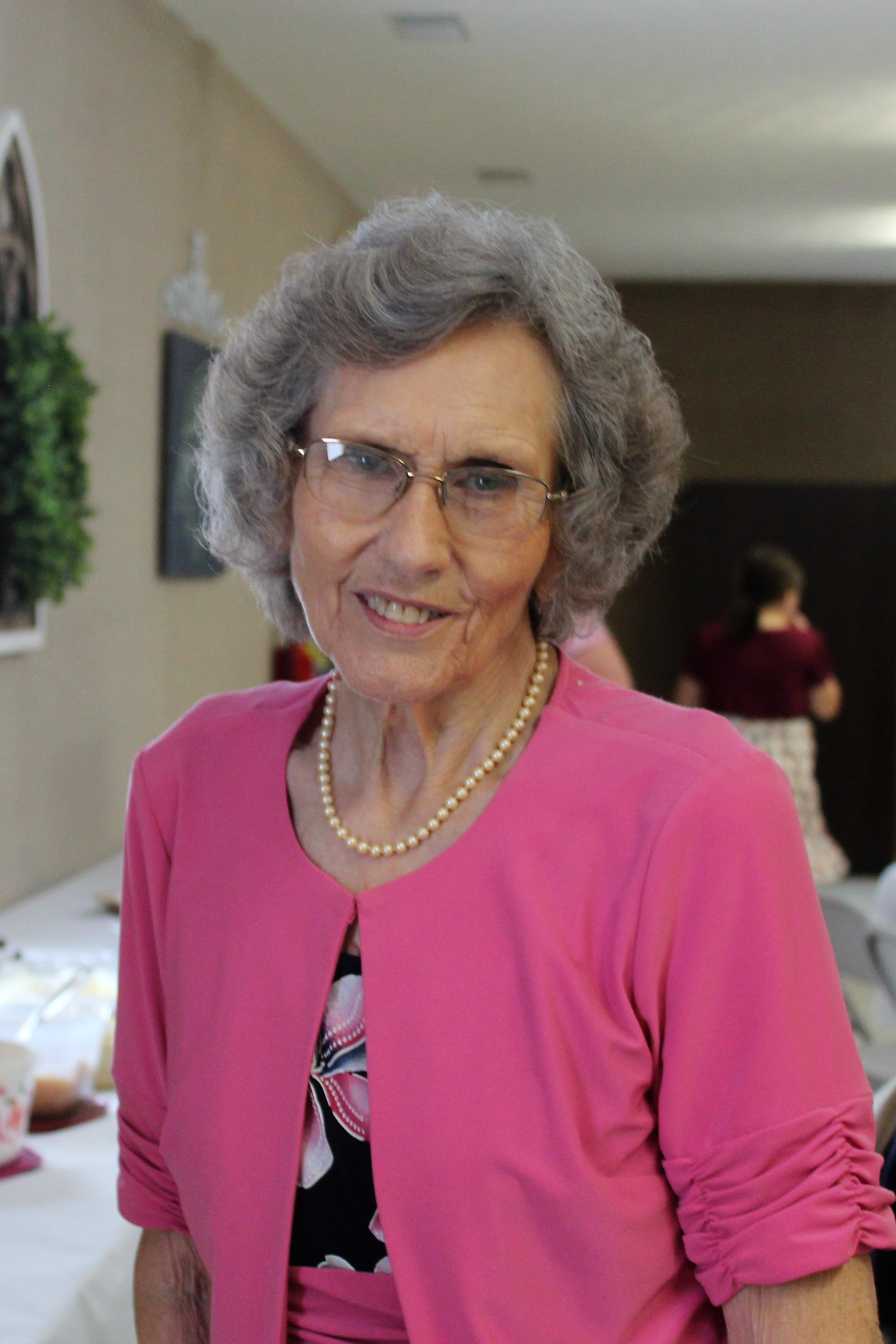 Did you know that one in eight women will have breast cancer at some point in their life?  Breast cancer is not limited to age, economic status, or position in life.  This article is about three women and their story in their own words, all connected by one fight.

Mary Caudill is a healthcare worker.  She was always diligent about her mammogram screenings but with the closing of OLBH, moving to a new position, and the beginning of the covid pandemic the screening was a couple of years late. “Since I didn’t have a family history of breast cancer, missing a couple of screenings didn’t seem that important.”  Mary continued, “I had just accepted a new position working with a breast surgical oncologist and thought I couldn’t promote screening and prevention if I was not up to date, so I called and scheduled my well overdue screening mammogram.”

It only took a couple of days to get the appointment and she was quite certain it was just routine.  However, the next day a phone call told her further imaging was required. The call was a little unsettling but having worked in her position she knew it was not unusual that sometimes additional imaging was required and it would be benign. “I didn’t feel any lumps, no family history, and I was only 48 so I thought it was going to be nothing.” Mary was scheduled for additional imaging, which led to an ultrasound, and to her dismay, the shadow was still present. She was scheduled for a biopsy. “During the biopsy, watching the radiologist continue to take small pieces from the image on the screen, I knew in my heart at that point I was looking at cancer.  I had become one of the one in eight women that would be diagnosed with breast cancer,” she stated.

Mary’s diagnosis was invasive ductal carcinoma. The tumor was small and screening had found it very early. She was given several treatment options and after much prayer and research decided on a double mastectomy without reconstruction.  “I just wanted to get back to a new normal life as soon as possible. We had just welcomed our third grandchild and our youngest son was a senior in high school.  With a total mastectomy, I was done, with no chemo, no radiation, and no follow-up appointments. My main focus was removing cancer and living my best life with my family.” Today Mary is cancer free and takes daily hormone therapy to reduce the risk of reoccurrence.

Gertrude Tackett is a mother, grandmother, and great-grandmother. “At 82 years of age, you hardly expect to be doing a breast exam but in September of 2021 that is exactly what I found myself doing. You all know the routine. I found a tiny sore lump about the size of a marble on the right side of my breast. I had a benign cyst removed in the 90’s so I wasn’t too worried but there was a history of breast cancer in my family” she said.    Because a lump was found, the mammogram had to be ordered by her physician so the waiting began.  Imaging, ultrasound, and a biopsy, soon confirmed she had low-grade ductal carcinoma.

“I was alone bodily when I read the report on the KDMC MYChart but God was always with me.  The power of the Holy Spirit sustained me and gave me unexplainable peace. I knew I was a winner either way. I chose not to tell my family at this time. My youngest daughter had just had lifesaving emergency surgery and there was no way I was going to share with anyone this diagnosis until she recovered. Needless to say, when I finally told them a month later they were not very pleased with me.”

Here is where the stories of these women begin to connect and intersect.  Gertrude had known Mary from the time she was born. “I decided to call Mary because I had so many questions. I knew she had just been through the same thing that was working for Dr. Hughes and could maybe answer some of these. She was such a huge source of information and encouragement for me during this time.”    Thankfully the tumor was small and was removed with a partial mastectomy and there was no lymph node involvement.  Gertrude had 15 radiation treatments in March.

“God has had me in the palm of his hand all the way and given me peace through it all. My life is in his hand and I praise him every day. Today, I am cancer free. This is my story and if I can ever help anyone with the dreadful word cancer, that is what I’m willing to do.” Gertrude said.  It would not be long before she could do just that.

Jody Goats is 56 years old and the managing broker of C21 Brooks Wells Enterprises. She loves kayaking, anything outdoors, swimming, working out at the gym, and volunteering for the Boyd County Fair. All of that changed this year when she found a small pink spot on her right breast. Thinking she had bumped into something and would have a bruise she just watched it for a while but the spot remained.  Jody said, “I kept an eye on it, but it never changed color. This concerned me. I checked various medical sites online for what could have caused this spot to occur. What I read terrified me. I was 100% convinced that I had breast cancer and I feared it might be inflammatory breast cancer, a rare but very serious type, usually not even found until Stage III or IV.”  Jody called the KDMC imaging center to schedule a mammogram but she was in the same situation as Gertrude and would need a doctor’s order for the diagnostic mammogram.

The appointment with her doctor was not for two months. “I called the office and begged them to move it up and they did but it was still a month away. The more I read online, I realized that weeks or even days could determine whether I would live. I called back and left another message explaining that I realize I am not a doctor, and I am praying that I am wrong; but if I’m not, and I wait another month, I might not live!” Jody went on to say. Thankfully Dr. Dotson took her seriously and ordered the test, even suggesting she drive over to the center that day.  “I am so thankful for the staff at KDMC Imaging Center.  When they realized how concerned I was, they made time for me. That is not something you see very often in a place that busy.”

The story was the same, imaging, ultrasound, and finally four biopsies.  Within a few days, Jody learned that all four biopsies were cancer. She had invasive ductal carcinoma that had spread to at least one lymph node and aggressive treatment was necessary. Her response to the news was, “What do we do next? How do I get rid of it?  I wanted to make the best decision possible and get it done. I had just lost both my mother and father (16 days apart) and now I was about to begin the battle to save my life. Giving up was NOT an option. I had too many people depending on me…my sisters, one of which had been through her battle with breast cancer, and my C21 family.”

Friends and family were a very important part of encouragement during these situations and this is where the second connection between these three women occurred. Jody and Gertrude had known each other for many years through Century 21 and Jody had just sold Gertrude’s house a few months before.   “Gertrude reached out to me when she learned of my diagnosis and has been such a source of inspiration during all this time.  She will send me a scripture or song at just the right time.”

Jody’s treatment included weeks of aggressive chemo to prevent a further spread of cancer and then a double mastectomy which will be followed by more chemo and radiation. She currently has completed her chemo and awaiting surgery soon. “I have been positive since day one. I feel once I have finished surgery and preventative treatment I have a bright future ahead of me. My biggest question is when will my hair grow back…I don’t think the bald look is for me.” She laughed and then went on to say "Life is too short to let things that don’t even matter affect the short time we have here on this planet.  Life is but a vapor truly. It may not seem like it but God will never put more in you than you can handle, keep your faith, He will give you the strength.”

Three women, different walks of life, a routine screening, a lump, and a small red spot, three different treatment paths…. but all the same battle.  Each is adamant that screening and early detection are the one thing that will save their lives. Jody reminds everyone to trust their body…” if something doesn’t feel right…keep insisting that your doctor listens to you no matter what it takes.”  Mary said, “one thing I want to stress is, don’t assume just because there isn’t a family history you don’t need a regular screening it can save your life… it did mine.”  Finally, Gertrude reminds everyone, “you are never too young or old for breast cancer awareness and precautions. Who would have thought at age 82 it would come my way?”

Stop by Jeanie’s Flowers and More for Your Holiday Gifts