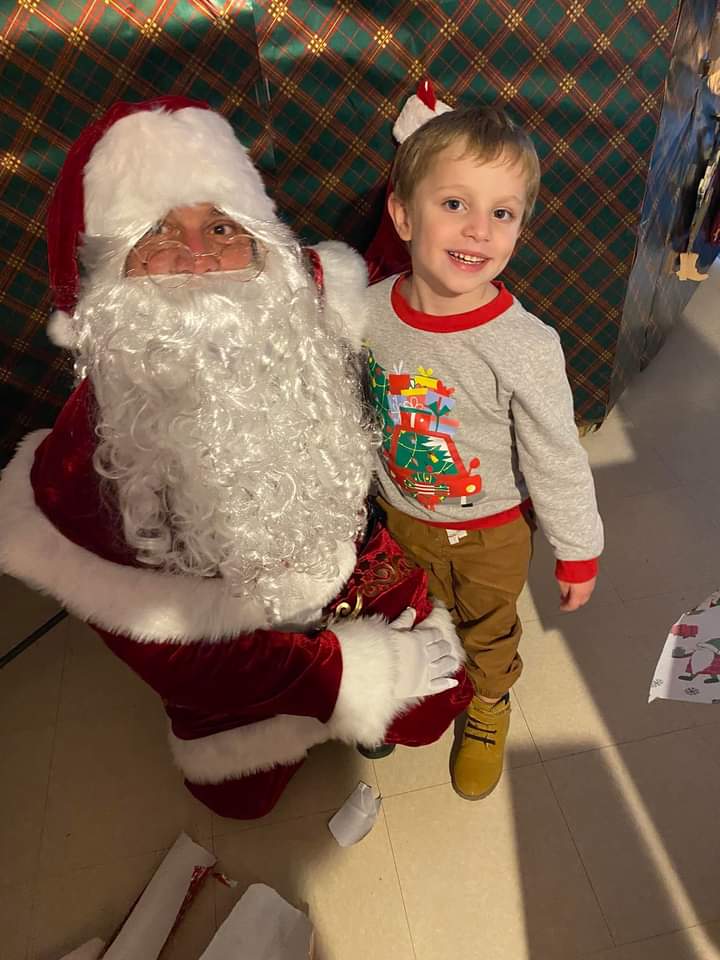 The KOA Campground of the Huntington-Ashland area first met four-year-old Cameron Miller this past summer when he was gifted a new camper by the Make-A-Wish Foundation. Cameron was born with Biliary Atresia, a liver disease with no real treatment and no cure. Since he first came to visit, the campground staff have treated him and his family like one of their own.

Cameron was admitted into Cincinnati Children’s with severe jaundice when he was just a few weeks old. He was diagnosed with Biliary Atresia and had a life-saving surgery before he was even two months old. The family has even taught him to call the scar on his belly his “lifesaver” because they don’t want him to ever be ashamed of it.

Inglis and Marketing Director Charlene Shepherd wanted to do something special for Christmas at the campground, but what started as “let’s do something cool,” soon turned into “how can we do this for Cameron?” The staff at the campground refer to Cameron as their “Wish Kid.” They even held a big party for him right after his first stay at their campground. They brought in cookies and cupcakes and activities for him, his sister, and all of their cousins and friends.

Inglis came up with the idea to bring Santa in on a helicopter as an early Christmas present for Cameron and his sister, Hayden Meeks, given their “special situation in life.” In addition to Cameron’s liver disease, Hayden battles epilepsy and severe ADHD. Cameron has been in the custody of his grandparents, Lory and Butch Scarberry (also known as Gammy and Poppy), since he first came home from the hospital at almost eight months old in July of 2018. The children lost their Momma in May of 2021.

The campground called and offered the family the choice of a free night’s stay in a cabin or a free site for their camper overnight so that the children could visit with Santa. Lory Scarberry said, “I had no idea that they were doing this for Cameron! I just thought it was for the campers, so they wanted us to come to camp.” They chose to stay in the cabin because “Poppy” had to work the following day and pulling the camper to work with him and parking it in his work lot would be difficult.

When Santa showed up, he brought along several presents and stockings for Cameron and his sister because they “have been such good children.” Santa came off of the helicopter and went straight to the family. Cameron was so excited to see Santa, but he’s a bit of a bashful child, so he wouldn’t hold Santa’s hand. He did accept the offer of carrying Santa’s bell (that he got to keep) while he walked beside him into the campground’s office where the staff had hot chocolate with special mugs for his sister and him to take home. Cameron’s mug had his favorite Avengers characters on it, and Hayden’s was shaped like a cauldron with the Hogwarts logo on it because she is obsessed with all things Harry Potter.

Cameron warmed up to Santa pretty quickly when he started pulling things out of his bag for his sister and him. This included stockings for each of them, which were handmade by KOA Campground Manager Patty Ingles herself. Some of the other regular campers joined in by bringing birthday/Christmas presents to Cameron who celebrated his fourth birthday on December 7th. He was most excited about a card that sang “Happy Birthday” to him.  He kept flipping it over in his hands trying to figure out where the sound was coming from.

Scarberry was overwhelmed with all of the efforts that had been put into making this such a special event for Cameron and his sister. Scarberry commented, “I thought that they would see Santa come in on the helicopter, get a cookie or a candy cane, and go back to the cabin. This was the most beautiful Christmas gift that we could have ever received.”

Although Cameron would not sit on Santa’s lap, he did stand beside him to have his picture taken with his new stuffed dinosaur. He also gave Santa a big hug right before Santa had to get back on the helicopter to leave.

Shepherd remarked that Inglis had managed to put the entire event together in just a couple of weeks just by talking to the right people around the campground. Everything was donated, including the pilot and the gas for the helicopter. A & W Meathouse brought over small coolers containing their “breakfast bundles” as gifts to give to the pilots and to Santa for providing such a wonderful gift to the Scarberry/Meeks/Miller family. Inglis said that she hopes that everyone who comes into the campground feels that they “check in as a guest but leave as family.”