Color Me Badd About to Bring Their Amore to PAC

Color Me Badd About to Bring Their Amore to PAC 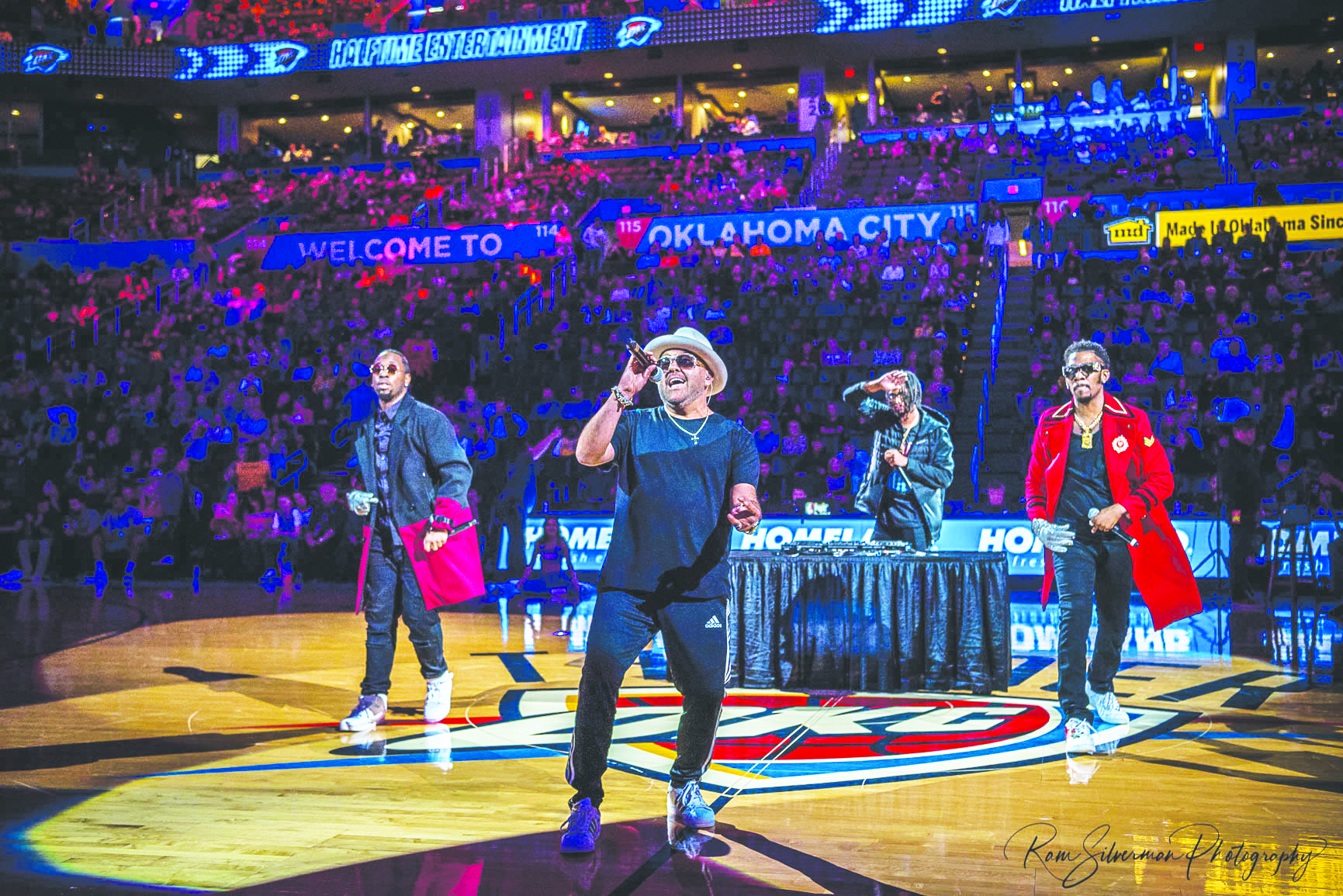 It was puppy love back then, sheer reverence some 30-years later. Those boy bands - with their slinky button-ups, collars popped, shoulder-padded jackets.

These days, Color Me Badd’s front-man Mark Calderon is happily married and calling me from his Oklahoma City home.

“We’re about to come to town and put on a great show for everybody,” charms the 52-year-old in his cordial Okie twang. “We’re still learning a lot as we go.”

Paramount Arts Center welcomes Color Me Badd on Jan. 28 at 8 p.m., a mashup of the 1990s with Tone Loc and the new jack swing squad of C.M.B.

You probably remember Color Me Badd for the radio-hunkiness of “I Wanna Sex You Up,” the alluring, come-hither little ditty of college years.

“Well people would go around doing that little ‘tick-tock’ beginning out loud. But, when they asked my grandmother about it, she would just say ‘yea, I heard it once or twice,’” she speaks of his family diversion as the band’s debut song catapulted to number two on Billboard charts. They quickly jetted to Los Angeles to record their now-triple platinum record.

Many questioned the risqué innuendos of the song, and ambrosial appeal to young women. C.M.B. is cute, and made the girls go crazy, with their trendy, coiffed hair, in vogue fashion, and enrapturing tenor.

Asked about the groupie scene, Calderon chuckles and said “it happened” back then, weirdly, more in a ‘let’s be friends’ way.

“There was this group of girls who followed the bus, right behind us – and, I mean every bus trip, every single place on the tour. We got to know them. We talked to them. Then we would get to a city and know absolutely no one. So, the same girls got to be our friends in those towns. They would go out to eat with us. It actually turned into a really great time.”

As Color Me Badd shifted to songs of flings, courtship, affairs of the heart, and lifetime love – their crowds became increasingly female, R&B echoing into the hearts of early-1990s chiclets.

“I Adore Mi Amor,” half en Espanola, had those enticing, quixotic, Latin refrains and wooed the world. Hearing themselves on FM radio the first time was pure, unadulterated, intoxication.

“You know, back then getting on the radio was a huge accomplishment,” shifted Calderon. “It was all about the music back then. We would hear listeners calling into the station, requesting our songs. I would give my arm and leg to have that all back.”

Calderon is real and, in the flesh, as he talks about a sweet Christmas in Oklahoma City and a packed New Year’s Eve show, this new lease on life on the road and songs we remember. Through all the fashion and imagery concocted on C.M.B. by labeling, branding, and imagery – there’s still this unfeigned Sooner Calderon, a country kid who cut his teeth on house-aged beef and potatoes at the rustic Cattleman’s Steakhouse down the road.

“I’m very, very, thankful. I never cease to offer thanks for this life.”

Of the original foursome of Color Me Badd, Calderon is the last one standing. Life leads folks elsewhere. The replacements are just as live, heartfelt, and authentic.

Color Me Badd was a high school choir group who met up in the corridors and talent shows of Northwest Classen High School in Oklahoma City, a multicultural group of teens who shared love of music – a Native American; one Hispanic; African American culture, united with a Caucasian.

“We never looked at color – we were just good friends,” Calderon smiles. “We all grew up singing in church. That’s where we learned. From our high school choir, we learned how to both sing on our own and in harmony. Then, we took it from there.”

Playing the morning roster of local TV newscasts and talk shows they gained recognition around Oklahoma City. They soon figured out if they could get their music out to celebrities visiting their hometown, perhaps they would get noticed.

When Ronnie Milsap visited town, he got to hear their stylings of the doo-wop song, “Daddy’s Home.”

“You know, when I think about it, Ronnie Milsap couldn’t see our color or what we looked like,” Calderon went on. “It wasn’t about all that. It was about three young men and the talent of their voices.”

A chance break came. One of the bandmates worked at the local cinema, an average, slow Tuesday night at the movie theater. Unbelievably, in walks rocker Jon Bon Jovi to catch a flick.

The teenager band member landlined his buddies, and they arranged a stakeout outside the multiplex.

As Jovi walked outside, he found a four-part gospel song, in accord, in his face.

“I guess he liked what he heard – because he asked us to come open for him the next night.”

The fortuned moment helped C.M.B. gain confidence and belief they could make it. Mr. Calderon was only 20-years-old when they went on World Tour.

Some of his favorite gigs remain straight to soldiers. Color Me Badd played military shows in Okinawa, Japan and aboard the USS George Washington aircraft carrier. He describes the officers and soldiers as “so nice and welcoming.”  That’s how he wants Color Me Badd to be memorialized and commemorated.

Calderon is grateful, and anticipates a totally rad show with Tone Loc at PAC.

“He’s such a great guy to perform with,” he touts the rap legend.

Color Me Badd is still at-it, beyond the concert schedule. They have a new single, “California Dreamin,” written and recorded by a DJ-friend. They returned to video music-making in this brand-new world of the music industry, a digitized, social media world they couldn’t even imagine in their wildest dreams, back in 1991.

“It’s big business now,” Calderon finished. “You can’t get your music out to everyone – but the Paramount Arts Centers gets to hear our new song. That’s a start.”